In June 2021, NOWIP documented the underlying challenges for women leaders in the post-election period and proposed recommendations on how the newly elected women leaders would remain relevant in the wake of the COVID-19 Pandemic as they pursued their newfound roles.

Due to the existence of COVID-19, social media has altered the communications landscape for every sector, including politics. Platforms such as Facebook, Twitter, and Instagram have transformed the way politicians interact with the electorates and vice versa. Social media is now a powerful tool to overcome some of the communication barriers.

Although several women members of parliament have received social media training, there is still low uptake of social media due to limited ability to use ICT tools, multiple legislative, constituency roles and gender roles.

In the NOWIP MP Group interactions, Female MPs expressed the need to empower their Assistants with media and digital skills so that they support them in boosting their online presence and visibility.

In this regard, the Network of Women in Politics and the Uganda Media Women Association are organizing a 5-day virtual training from Monday, September 13 to Friday, September 15, 2021, for Personal Assistants (PAs) of Female Members of Parliament. PAs shall be empowered to use social media as an avenue for networking amongst women in politics and their electorates and as a platform for advancing a political and National agenda that is pro-people.

The PAs play a significant role in shaping communication in the political landscape and are key influencers. Each MP has up to 2 PAs: one serving directly at the Parliament and another at the district/ constituency office.

The PAs are a liaison and coordinate of all the affairs of the Female MPs. They are at the center of providing vital administrative support relating to legislation, research, media relations, and lobbying to the MPs who make the major political decisions. The PAs are also instrumental in accompanying MPs to constituency or field visits and activities, preparing public speeches /media briefs, and managing their social media platforms.

NOWIP has found it very timely to ensure that the PAs amplify their social media usage as they perform their roles.

With this training, the PAs shall learn the “what”, “when”, “with whom”, “how” to communicate using social media platforms. They shall also learn about developing content on upcoming events, ensuring personal branding, blogging content development, organizing online meetings or campaigns, responding to urgent issues posted on their social media platforms by electorates, etc.

MP Personal Assistants (PAs) will be empowered to use the NOWIP Press regularly. NOWIP shall create a safe space for MPs to interact with the larger audience with support from the Personal Assistants (PAs) using the zoom webinar module. A live calendar will be managed on the NOWIP press platform to avoid conflicts in time and topics for discussion.

Of recent, communication has shifted from traditional media to social media. NOWIP identifies that social media is a powerful alternative to the existing conventional communication media. It is rather good that the PAs of Female Members of Parliament learn to use this almost free platform to drive their political agenda to reduce male domination in the traditional media. NOWIP is hopeful that the effective use of social media will also come in handy to combat cyber harassment and accelerate the voices on media spaces of female politicians.

NOWIP pledges to continue supporting the Women in Politics using the sisterhood model.

I thank you all. 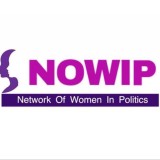